This habit will guarantee you achieve anything you want. Are you already doing it?

I have talked a lot about goals over the course of the almost eight years that I’ve been writing this blog. In the earlier days, I was all about goal setting. In fact, you might have described me as a goal setter on proverbial steroids (and I wouldn’t argue with you). A little too keen, a little too naive, a little too eager.

As I grow older, I have become more aware that goal setting isn’t everything, and that sometimes, it’s actually ok to – gasp! – not have a goal. It’s ok to relish in the success of a goal achieved. In fact, it’s not worth having a goal if you can’t take the time to celebrate a goal coming to fruition.

(This seems obvious to me now, but it didn’t to me then.)

In my earlier days, I would set a goal, fiercely go after it with everything I had, achieve it, check it off the list, and move onto set a new goal. And I did some really cool things in those days: I moved to LA, I went to culinary school, I worked for a Food Network Star (Duff Goldman), I met and married the man of my dreams (who I claimed was waiting for me in LA. Turns out – yup!), and I even had a baby.

These days, I don’t have that kind of energy.

But that doesn’t mean I don’t have goals. That doesn’t mean there aren’t things I want to make happen for myself. I have managed to find a happy medium. And as a relatively new mother who is mostly tired most of the time and who basically creates zero time for herself, it can be really (and I mean really) hard to get motivated not just to achieve a goal, but also to find the energy and space to think about a goal in the first place (and, apparently, not to talk in run-on sentences).

I’ve managed to set a few goals for myself since the birth of my daughter, but many of them have been really hard to reach, especially the ones that have to do with self care (choosing me does not come easily anymore).

One goal I’ve had for a while now is to get back in shape. Yes, I dropped the baby weight around ten months after my daughter was born, but I haven’t been making it a priority to get out there and actually work out and get strong. A hike here, a run there, a yoga class whenever I can drag my guilt-ridden self away from my daughter who is happily playing with her sitter (I’m pathetic, I know).

And if you’ve ever achieved something, you know it could not have been accomplished without consistency.

So that was a my first problem. Time was a my second (finding the time to fit in a workout when I also had work to do). Child care was another one (beyond taking baby for a run in the stroller, I couldn’t exactly leave her at home alone while I did some hill repeats in the trails near my house like I used to).

But do you know the habit I have consistently found to be the most effective in guaranteeing the achievement of a goal?

Accountability. And more specifically, having an accountability partner, coach, or multiple partners and coaches.

That is why a few months ago, I hired a trainer, a friend whose athletic career I have followed with admiration, and whose arms I might actually kill to have (ok, maybe not kill, but…something close to it).

Did I have the money? No. And also yes. No, because I wasn’t sure I could justify spending that much money on myself. And yes, because I’m a saver, I did have the money, and I never blinked an eye spending way more than I do on my trainer to buy myself and my family the most healthy nutritious food on the planet.

So, yeah. I had the money. And I also had a lot of really great excuses not to get in shape.

We all have great excuses. But do you know when they start to sound embarrassing and stupid? When you start thinking about saying them out loud to somebody else, especially if that somebody else is your accountability coach (or trainer).

And that is what hiring Tilita has done for me. It has forced me to look at my excuses and say, “so what?” in response to them. It has forced me to have a heart to heart with myself, to get real about what I want and to say, “You want to get strong? This is what it takes.”

When my friend Michelle heard I was hiring Tilita to kick my butt into shape, she wanted in. So together we work out as a duo Tuesdays and Fridays. We have a strict workout plan for the days when we aren’t with Tilita, and we are both diligent about checking in with each other to make sure the other one did the workout. And of course, Tilita asks us about it too (not to mention, it shows up in our sessions: if we haven’t worked out, she’ll be able to tell).

What I have, my friends, is accountability. Not one – but two people – making sure I don’t let my excuses swallow my workouts whole. Two people holding me to my goals, holding me accountable in a way that I alone wasn’t able to do anymore, not since motherhood, anyway.

When it comes to achieving your goals, accountability is everything. Sometimes we can be our own best accountability partner. But in most cases, especially when the stakes are high (and we aren’t young with endless reserves of energy anymore), that’s not enough. We need external help.

Tilita is my coach, and Michelle is my partner in crime, but they are both my accountability partners. They both hold up a mirror to reflect my goals back to me, day in and day out. They are both there to make sure I don’t let myself down.

Since I hired Tilita, I have missed one or two workouts, but not more than that. And I always try to make up for what was missed. Without this accountability, I surely wouldn’t be sitting here, feeling stronger, running faster than I have in a long time, or giving myself the permission to indulge in myself by giving me some “me” time for a few hours a day, 6 days a week.

When it comes to goals, accountability is key. I am grateful to you, Tilita and Michelle, for helping me reach my goals. And when the next big goal comes up for me, I know what to do:

Find an accountability partner. Share my goals with them. And let the inevitable success rain down on me.

What goal(s) do you have set for yourself? How is it going? Do you have an accountability partner or team? If not, might it be time for one? 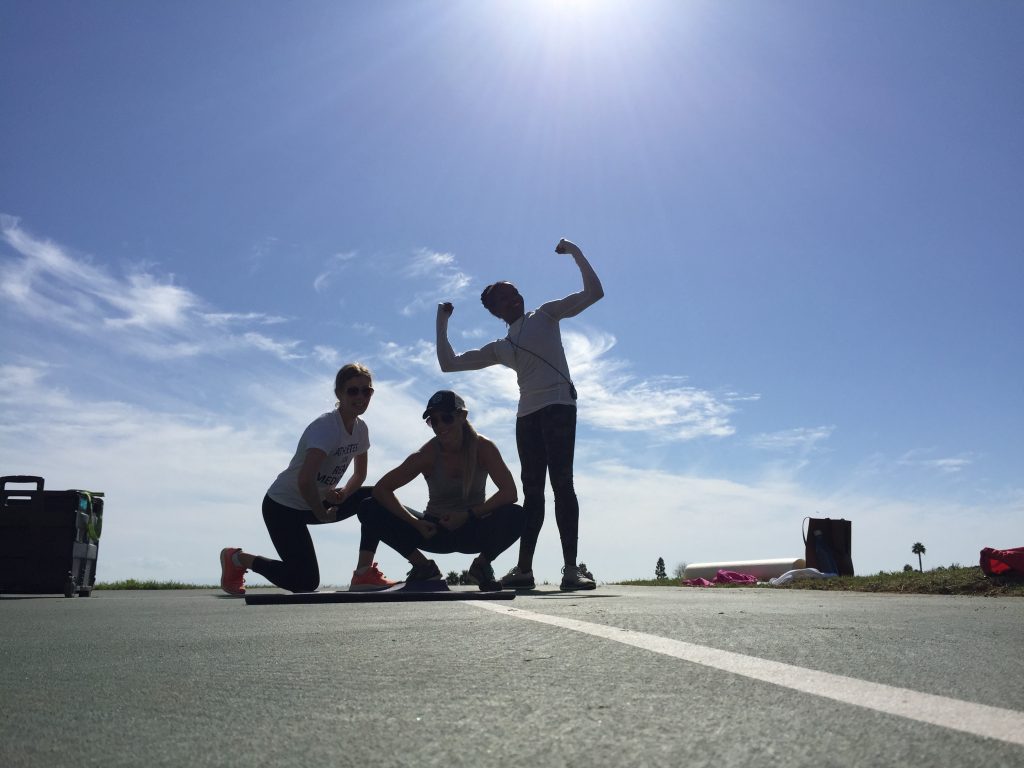